Enrico Castellani (Italian, 1930-2017) was a painter associated with Movimento Arte Nucleare, and is best known for his "paintings of light". He studied painting and sculpture at the Académie des Beaux-Arts in Paris, and architecture at the École Nationale Supérieure in Belgium. Upon his return to Italy, he became associated with avant-garde artists Piero Manzoni, Lucio Fontana, and Yves Klein. Castellani was greatly influenced by the German art group ZERO, formed by artists Heinz Mack, Otto Piene, and Günther Uecker. Together with Manzoni, Castellani opened the Galleria Azimut in Milan and launched the Azimut and Il Gesto journals. Each work in his series Superficie Nera (1959) was made with a nail gun, in order to make a relief surface with protrusions and depressions that creates a visual effect of light and shadow. These monochrome works exemplified the Movimento Arte Nucleare, which sought to make works of art that did not mimic other objects, but instead revealed and called attention to their own materials and structure. In 2010, Enrico Castellani won the Praemium Imperiale award. His work is held in several collections, including the Galleria Nazionale d'Arte Moderna e Contemporanea in Rome, the Galleria Civica d'Arte Moderna e Contemporanea in Turin, and the Walker Art Center in Minnesota. 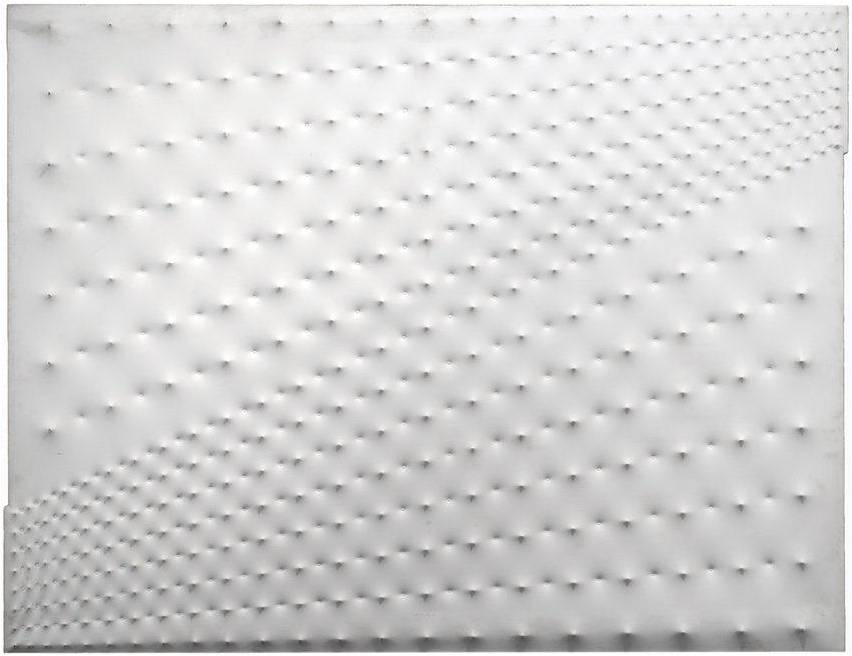 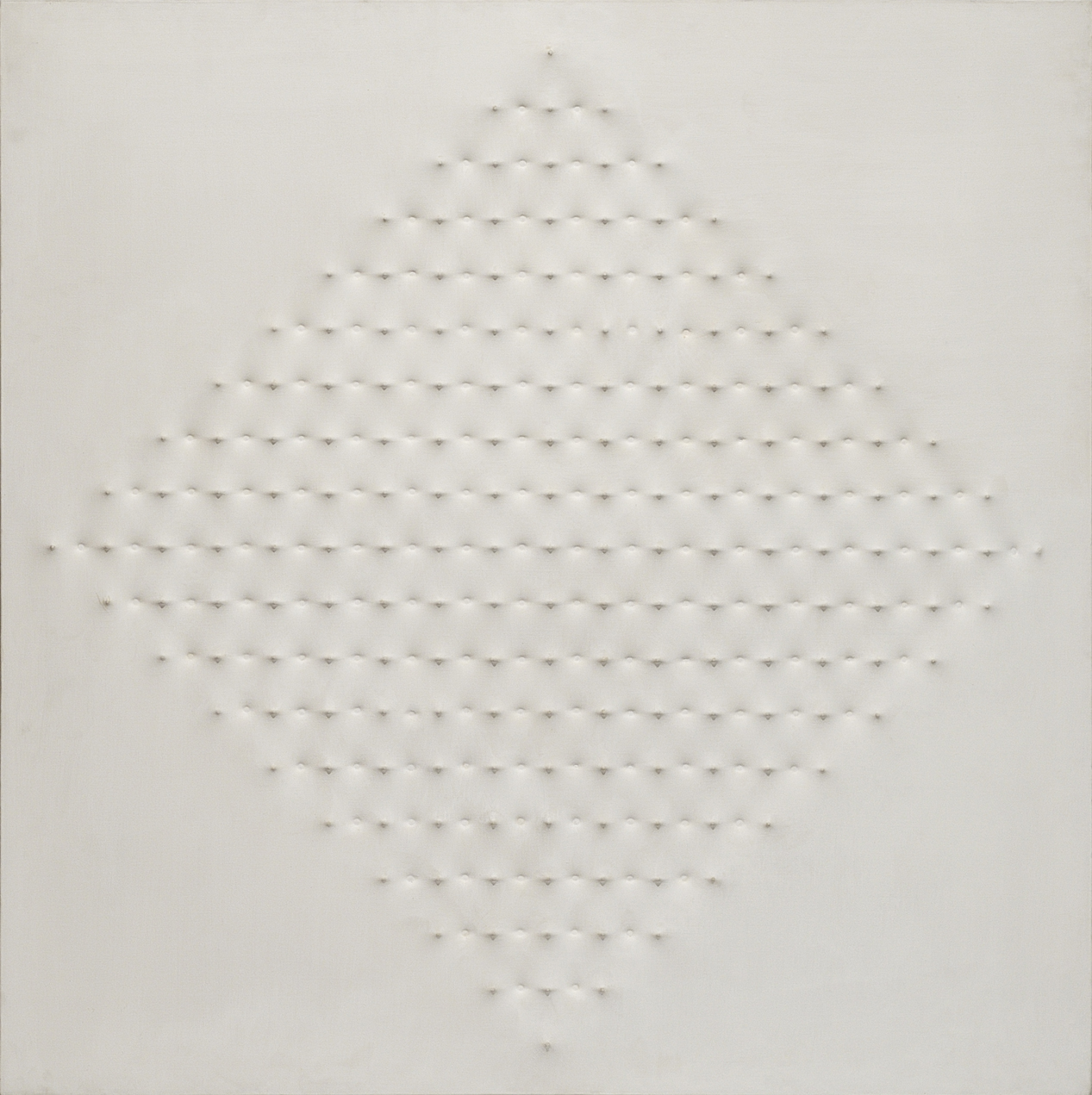