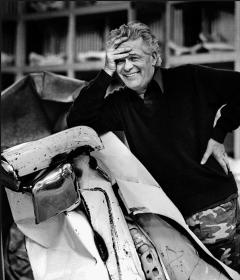 John Chamberlain (American, 1927–2011) is considered one of the most important American Post-War sculptors, known for his intuitive compilations of interlocking metals and use of industrial media. The artist grew up in Chicago, IL, before serving in the United States navy from 1943 to 1946. After serving, he attended the Art Institute of Chicago between 1951 and 1952, where he began making welded sculptures, drawing influence from sculptor David Smith. Following his stay in Chicago, he enrolled in Black Mountain College in 1955, where he studied and taught for two years. Chamberlain moved to New York immediately afterward. At that time, he began including car parts into his work, crushing and welding pieces together to create abstract clusters.

Chamberlain's first solo exhibition was held in 1960 at the Martha Jackson Gallery. The exposure led to his work being included in The Museum of Modern Art’s 1961 group exhibition, Art of Assemblage, a survey of artists working with two- and three-dimensional constructions, offering a new and forceful articulation of the ideas of Abstract Expressionism. While the artist was widely known for his use of automobile parts, metals, and Plexiglas in large-scale sculptures, he also experimented with other media, making geometric paintings scattered with automobile paint. His first retrospective was held in 1971 at the Solomon R. Guggenheim Museum in New York, NY.

He received many honors, including a Lifetime Achievement Award in Contemporary Sculpture from the International Sculpture Center in Washington, D.C., in 1993, and a Distinction in Sculpture Honor from the Sculpture Center in New York in 1999. Continuing his exploration of new media, Chamberlain undertook photography in the last decade of his life, creating large-format images that reflected the use of color in his sculptures. This final endeavor portrayed the sensitivity with which the artist approached his works, allowing their presence to express meaning rather than seeking to overcomplicate or trivialize the materials. The artist died in New York in 2011. 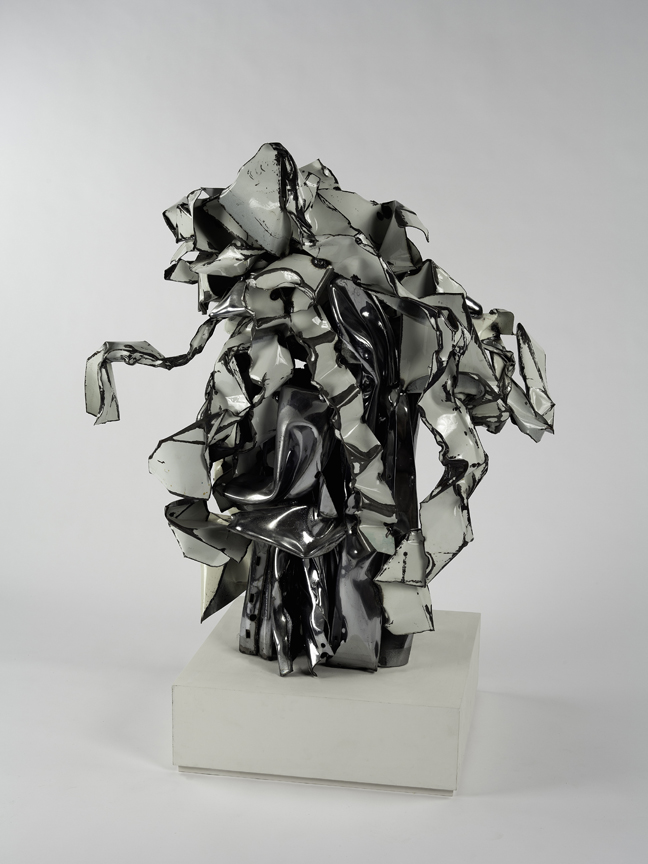 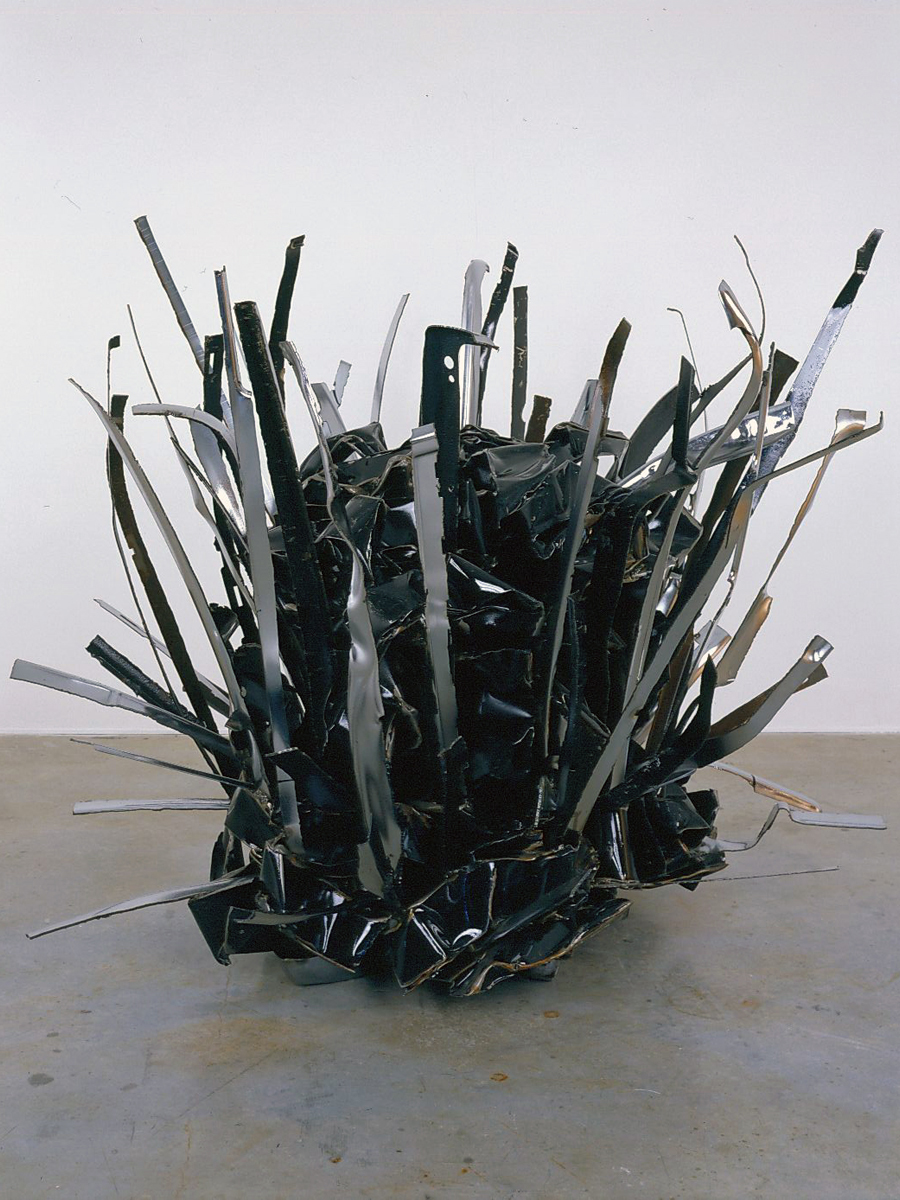