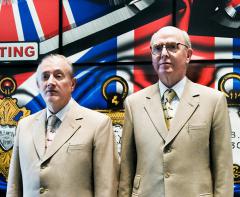 Gilbert Proesch (British/Italian, b.1943) and George Passmore (British, b.1942) are a collaborative artist duo best known for their large-scale photographic works, which incorporate black and white images in a grid format, often accented with bold colors and text. Proesch was born in a small town in the Dolomites, Italy; Passmore was born in Devon, England. The pair met in 1967, while studying at Central Saint Martin’s School of Art in London. One of their earliest works, The Singing Sculpture (1969–1970), was a performance piece first presented at the Nigel Greenwood Gallery. Gilbert & George dressed in formal business suits, now a trademark of theirs, and covered their heads and faces in metallic make-up; perched on a table, they sang and danced to a recording of Flanagan and Allen\'s "Underneath the Arches."

The pair has described themselves as "living sculptures", and they consider all aspects of everyday life to be opportunities for artistic expression. Many of their works have garnered attention not only for their vivid style, but also for their controversial subject matter, exploring themes such as sexuality, AIDS, violence, terrorism, and death. The largest series produced by Gilbert & George is the Jack Freak Pictures series, made up of 153 works and exhibited worldwide after its completion in 2009. As the title suggests, the most prominent feature of the series is the Union Jack. Many works also depict the artists themselves, and motifs found in London’s East End. Gilbert & George are recipients of the Turner Prize, and represented Great Britain at the 2005 Venice Biennale. Their 2007 retrospective exhibition at the Tate Modern was the museum’s largest to date. 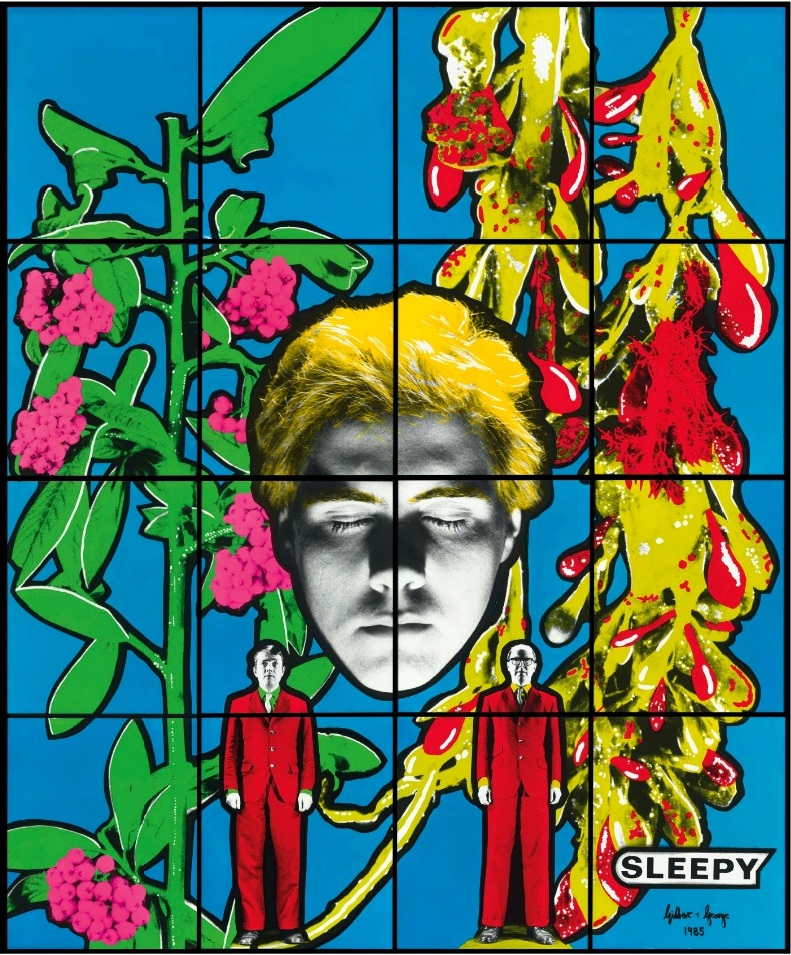 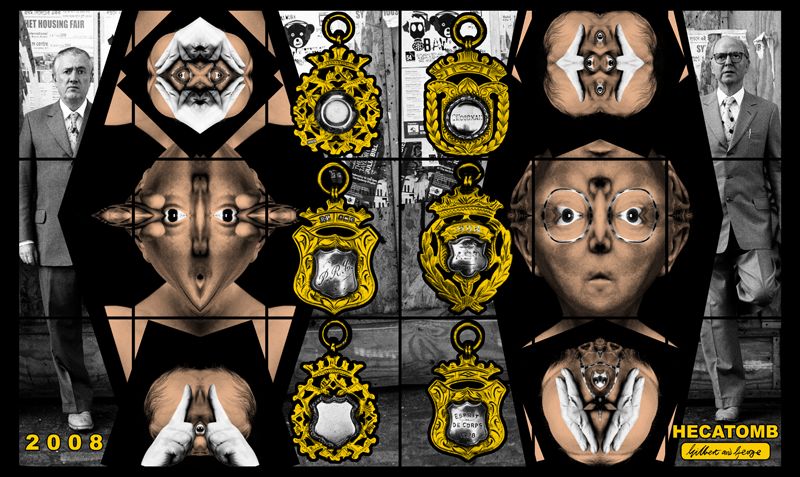 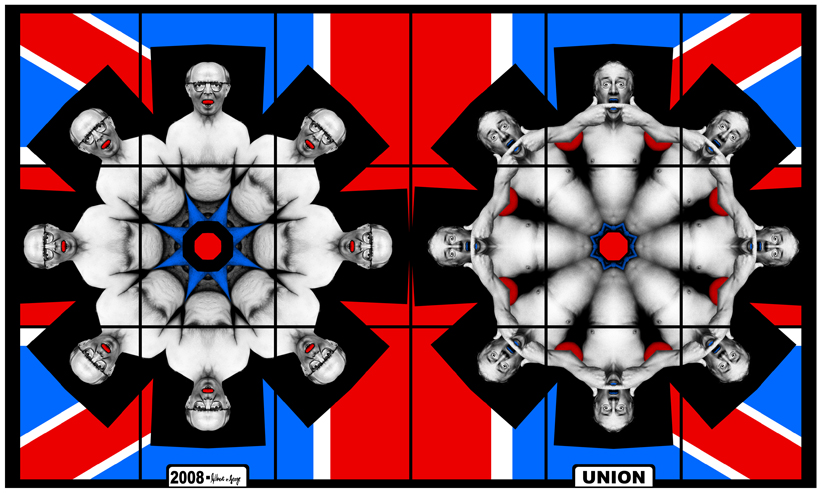