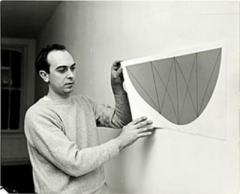 Robert Peter Mangold (American, born October 12, 1937) is frequently associated with Minimalism, and known for his monochromatic paintings and meditative, geometric canvases. Mangold was born in North Tonowanda, NY, and spent most of his childhood in Buffalo, before enrolling in illustration and painting programs at the Cleveland Institute of Art. The work of Abstract Expressionist artists significantly influenced his own work while attending school, and after seeing several exhibitions of their work, Mangold began painting more abstracted compositions. He later received his MFA from the Yale School of Art and Architecture, and then moved to New York, working as a guard at the Museum of Modern Art, and later in the Museum’s library in the early 1960s. Mangold’s first solo exhibitions in New York galleries in the mid-1960s marked the development of his Minimalist style, in large, monochromatic works. Mangold’s work typically explores properties of illusionism in painting; these early works were often painted in varying lighter and darker tones, producing different perspectival effects, or were covered in thick layers of paint to mimic the surrounding gallery walls.

He received great critical acclaim for these works throughout the 1960s and 1970s, and he was among many artists included in the first major show of Minimialist art in New York, exhibited at The Jewish Museum in 1965. He later experimented with shaped canvases, painting sections of circles, rectangles, and frame-shaped works, in pieces that blurred the lines between painting and object. Mangold has been honored with a fellowships and awards from the National Endowment for the Arts, the Guggenheim Foundation, and the American Academy of Arts and Letters in New York. He has exhibited his work at four different Whitney Biennials at the Whitney Museum of American Art and at the Solomon R. Guggenheim Museum in New York, at the Kunsthalle Basel in Switzerland, and at several documenta exhibitions in Kassel, Germany, among others. Mangold currently lives and works in upstate New York. 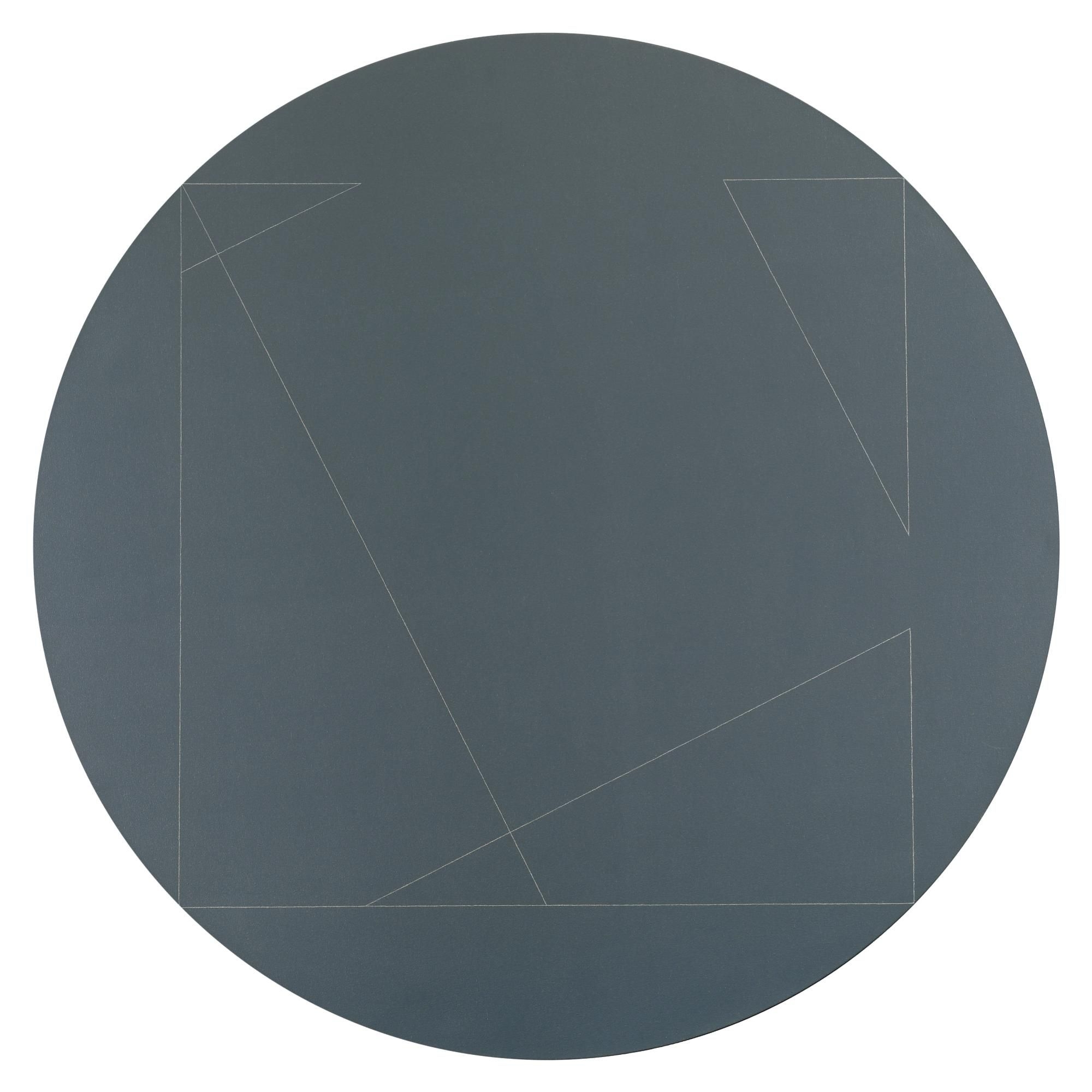 Four Triangles within a Circle Number 2, 1975 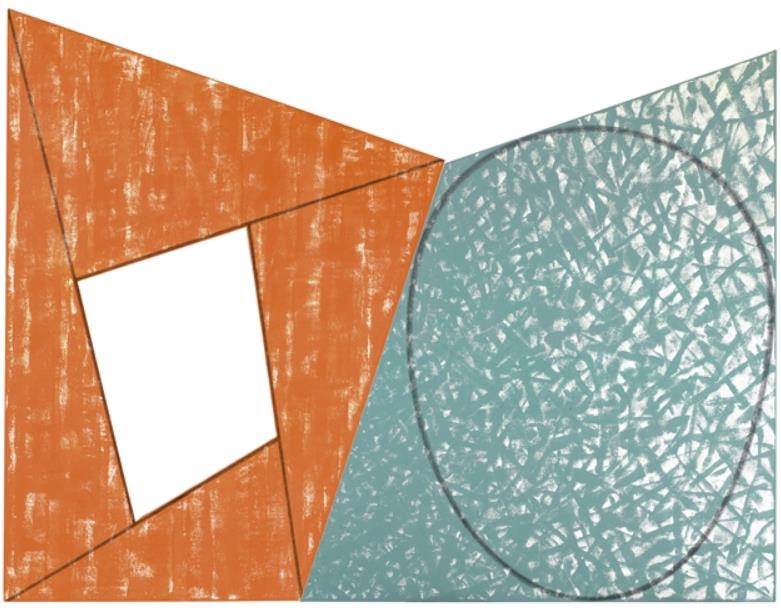 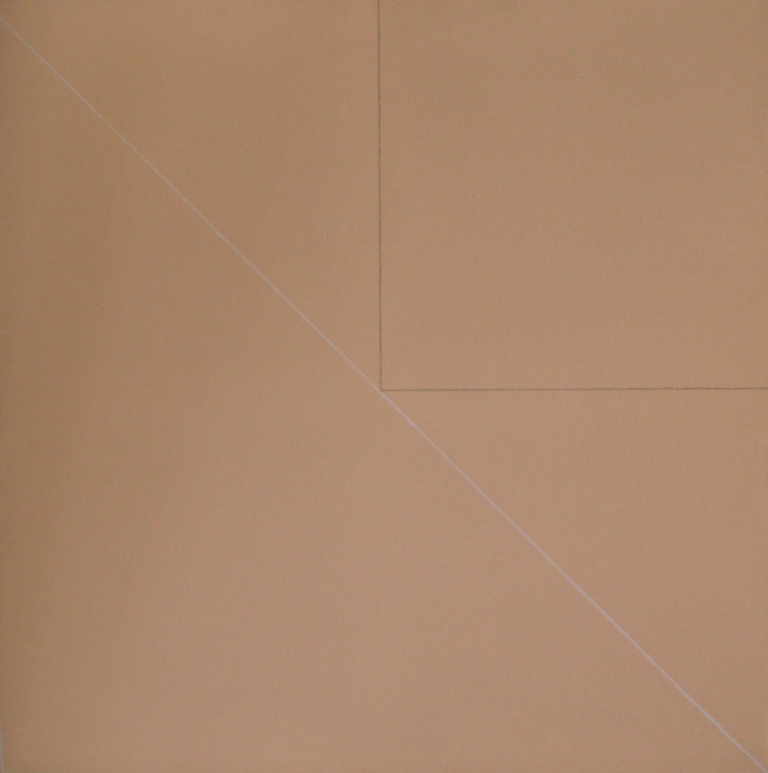 A Square and a Triangle within a Square, 1975

Four Triangles within a Circle Number 2, 1975

A Square and a Triangle within a Square, 1975