Kenneth Noland (American, 1924-2010) was an abstract painter and sculptor, best known for his simple colorful works that fall into four broad categories: targets, chevrons, stripes, and shaped canvases. Born in Asheville, North Carolina, Noland studied at the nearby Black Mountain College under the color theorist Josef Albers (American/German, 1888–1976. After his first one-man show at the Galerie Creuze in Paris in 1949, Noland moved to Washington DC, where he taught at the Institute of Contemporary Art and befriended the artist Morris Louis (American, 1912–1962). Noland and Louis eventually traveled together to New York City, where they visited the studio of Helen Frankenthaler (American, 1928–2011), an influential experience for both artists, which resulted in Noland’s experimentation with targets saturated in concentric rings of color. Noland lived and worked in New York City in the early 1960s, eventually leaving to teach at Bennington College in Vermont. Noland continued to experiment with color, eventually pioneering the use of the shaped canvas in many of his compositions. Noland died in 2010. 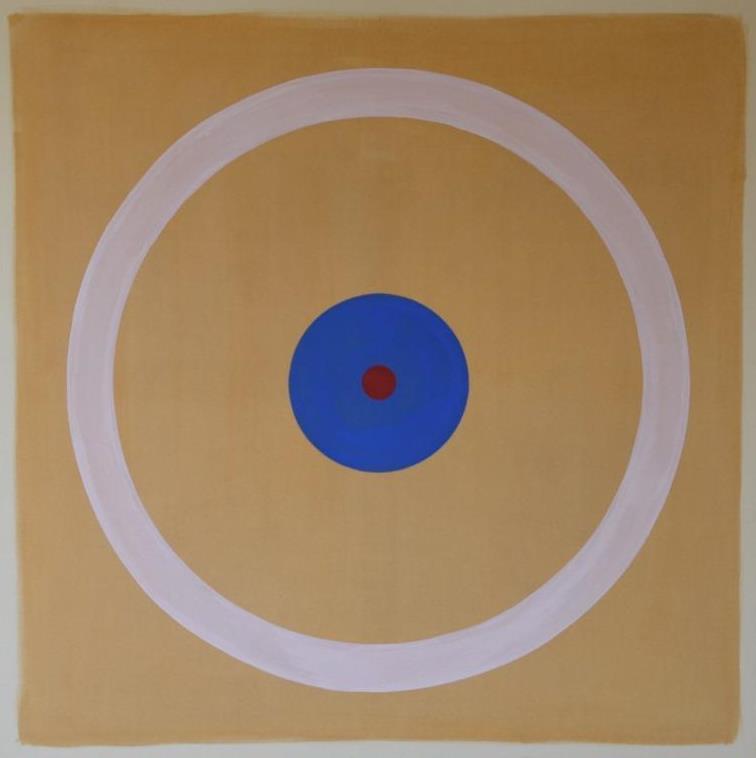 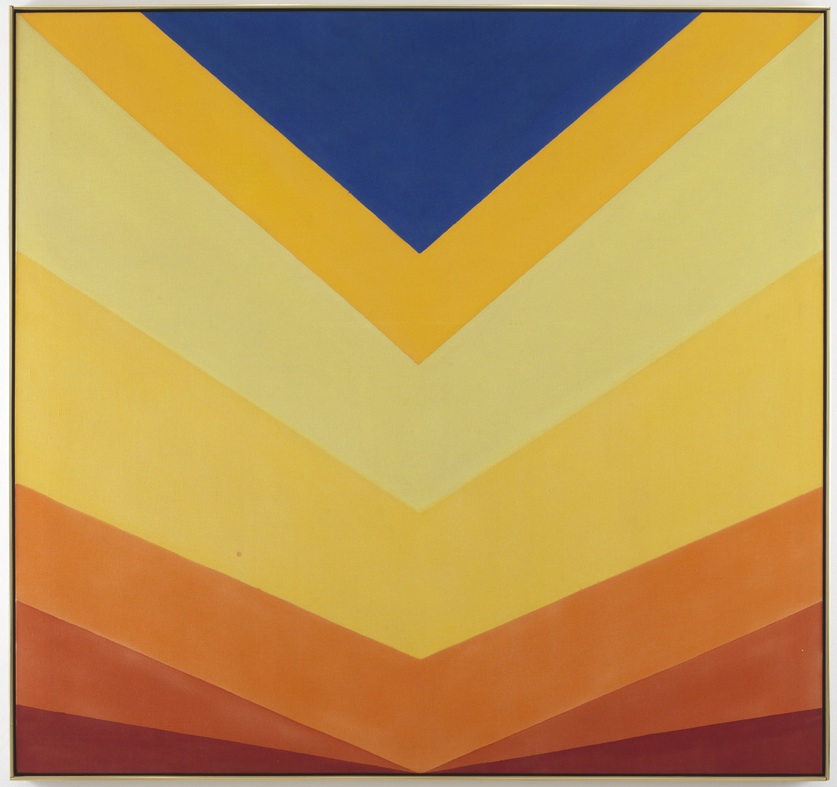 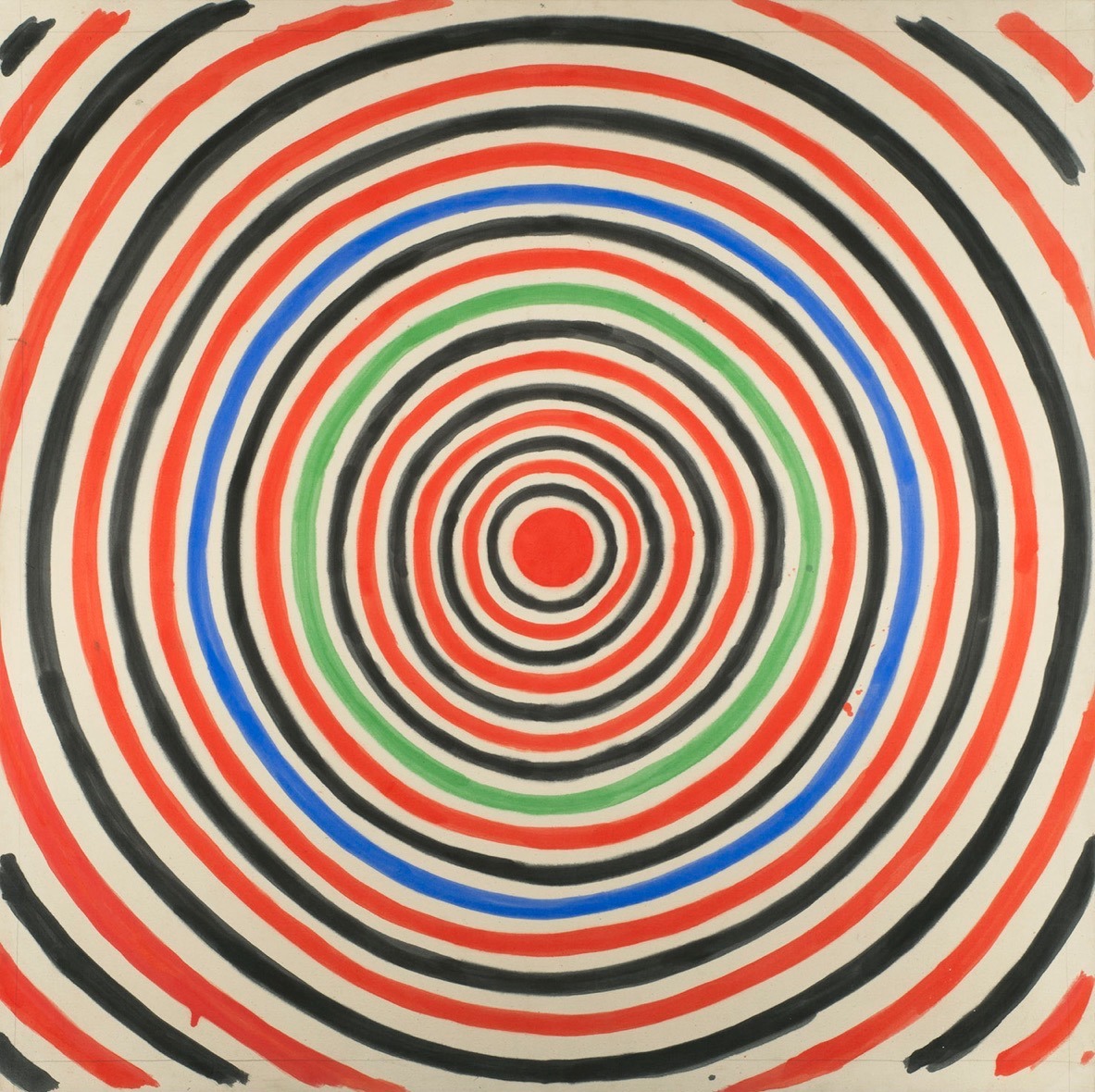