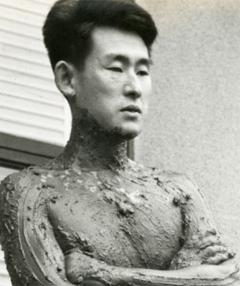 Kazuo Shiraga (Japanese, 1924–2008) was a painter and performance artist born in Amagasaki, Japan. Shiraga graduated from the Kyoto City Specialist School of Arts (now the Kyoto City University of Arts) in 1948, having studied traditional Japanese painting. He was later inspired by modern Western techniques, and in 1952, co-founded the Zero Group with artists Akira Kanayama, Saburo Murakami, and Atsuko Tanaka. The group was so named for the belief that works of art are created out of nothing. In 1955, Shiraga joined the renowned Gutai Art Association, a group of artists primarily focused on attaining genuine originality and innovation in artwork. That same year, he performed one of his best known works, Challenging Mud, in which he struggled and writhed to the point of exhaustion in a muddy mixture of several tons of clay and concrete. Inspired by the works and dynamic technique of Jackson Pollock, Shiraga\'s preferred method of painting involved applying ample amounts of oil paint to large sheets of paper or canvas on the floor, and manipulating the paint with only his feet while suspended from a rope attached to the ceiling. Through his movements, some choreographed, others spontaneous, Shiraga created vibrant, unique paintings throughout his lengthy career. In 1971, Shiraga became a Buddhist monk, a lifestyle decision that did not interrupt his productivity. His work has been exhibited at many venues around the world, including the 2009 Venice Biennale, the Museum of Contemporary Art in Los Angeles, CA, the Solomon R. Guggenheim Museum and McCaffrey Fine Art in New York, NY. 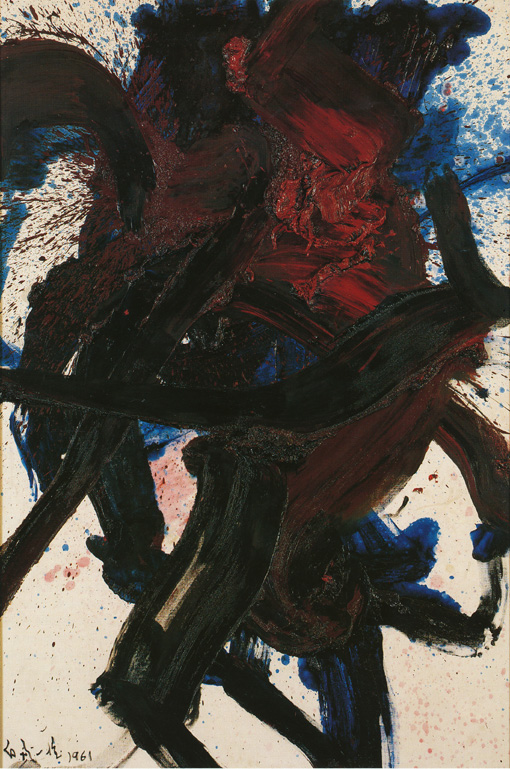 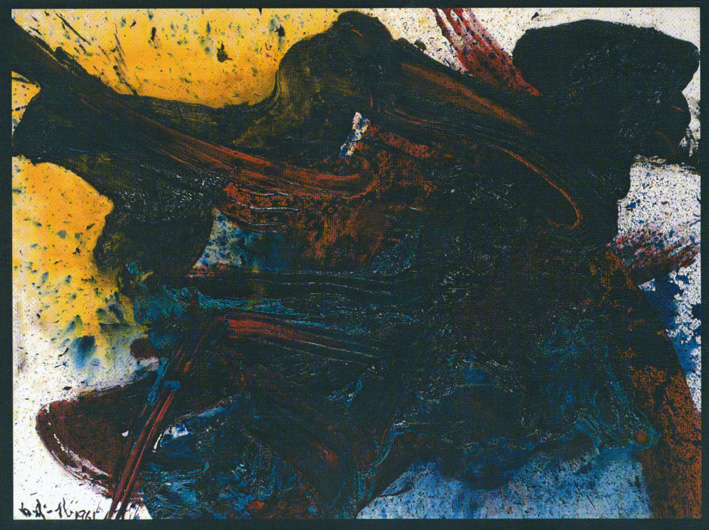