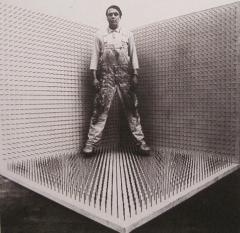 Sculptor, op artist, and installation artist Günther Uecker (German, b. March 13, 1930) was born in Wendorf, Pomerania. He studied painting at Fachhochschule für Angewandte Kunst in Wismar, from 1949 to 1953, Kunstakademie in Berlin-Weißensee, and Kunstakademie in Düsseldorf, from 1955 to 1957. Uecker is known above all for his relief nail art works, which he developed for the first time in 1957. One of his famous art works is White Field (1964) from the Fields in Movement series, made from painted nails and painted canvas. The nails are positioned in such a way that the surface of the artwork seems to be moving. Due to its three-dimensional aspect, light and shadow vary depending on the location of the observer. In 1961, Uecker became a member of the group of artists called ZERO, founded by Heinz Mack and Otto Piene. Inspired by the Kinetic Art movement, these artist are interested in using light, technology, and optical illusions. Uecker also produces sculptures of pianos and chairs with nails sticking out of them, and he creates sets and costumes for opera performances. His works are part of public collections in the Museum of Modern Art in New York, the Courtauld Institute of Art in London, and the Walker Art Center in Minneapolis. Uecker lives and works in Düsseldorf and St. Gallen, Switzerland. 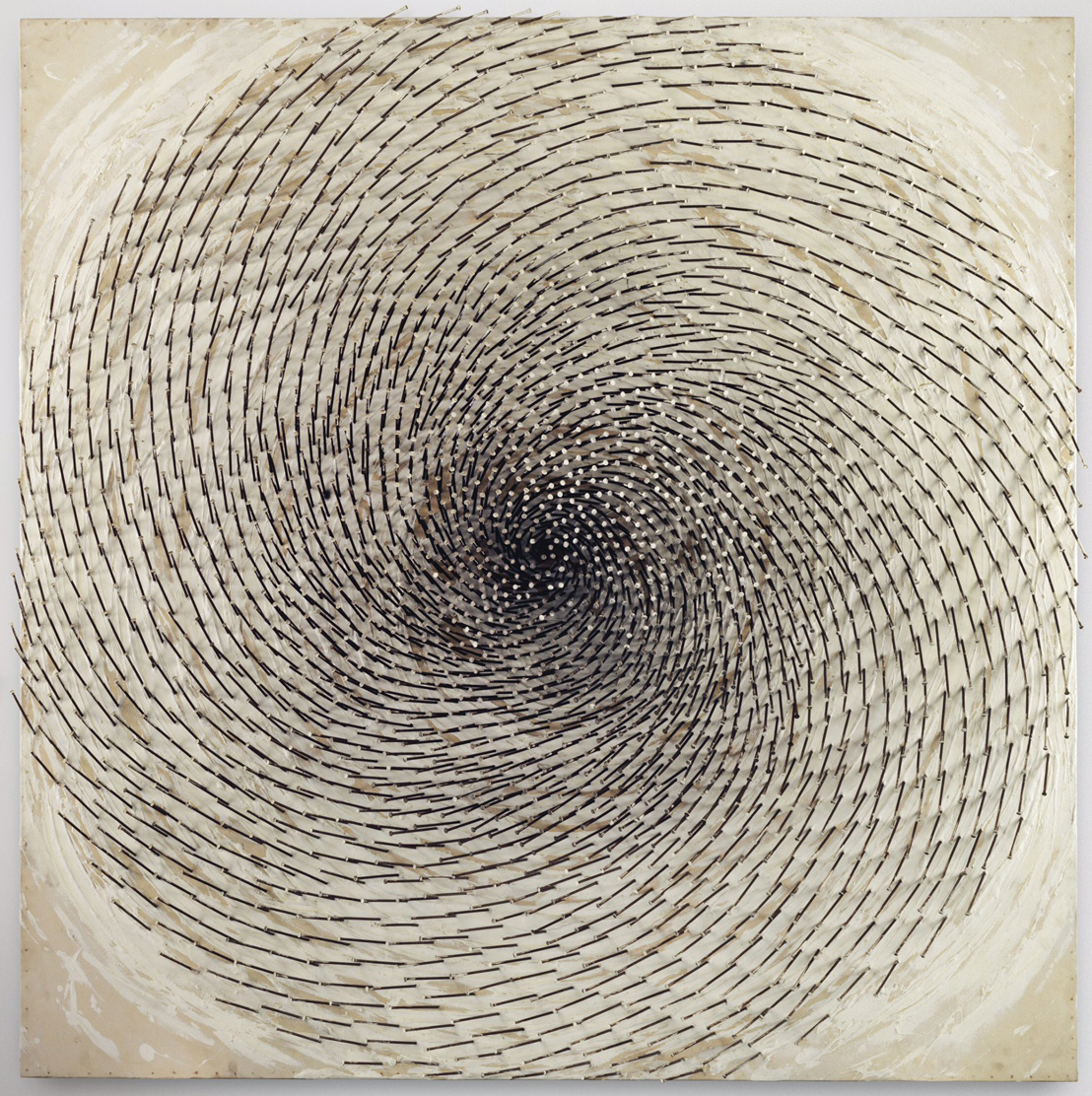 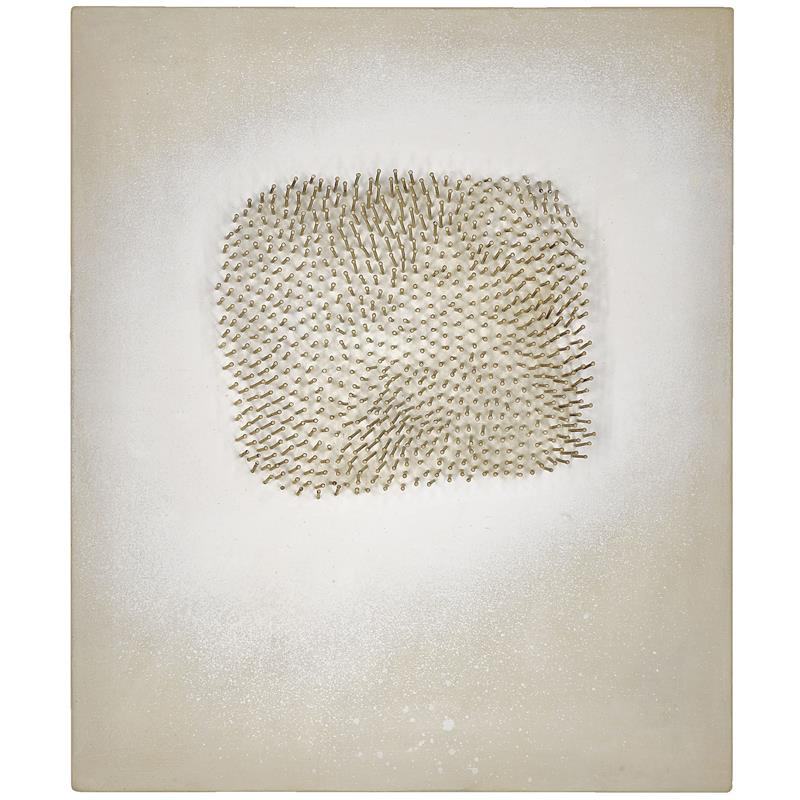